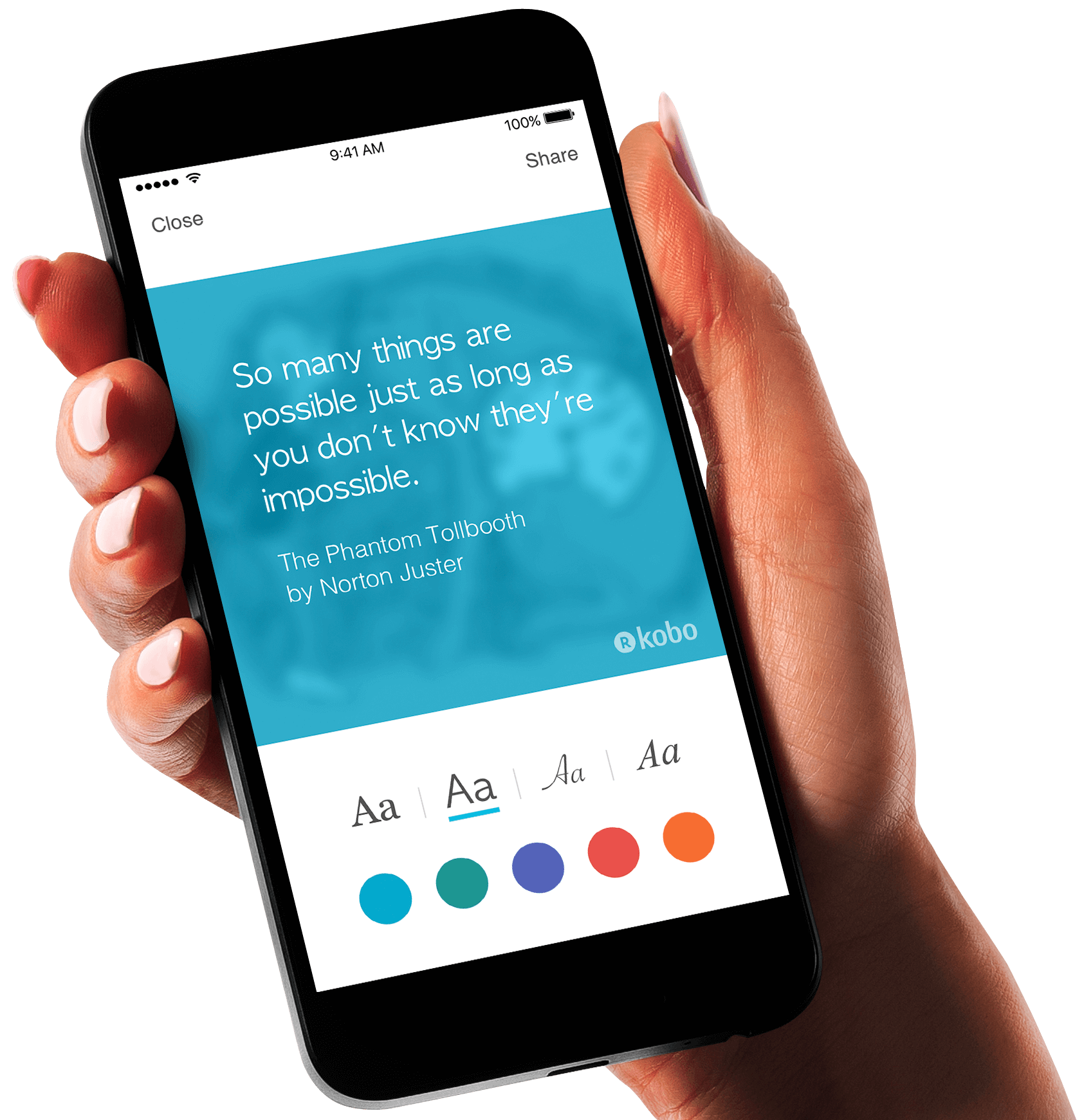 Picture quote is a feature that allows readers to create & share a delightful quote poster of their favourite passage. As the sole product designer on the project, I initiated and led the project from concept to launch.

Kobo’s existing quote sharing feature had potential to create valuable brand exposure in social media, however it had very low engagement due to its underwhelming experience.

The plain text version of the quote sharing feature lacked delightfulness and failed to entice readers to share.

The previous version of the quote when shared on Twitter.

Around the same time, I noticed motivational quote posters were being shared a lot in services like Pinterest and Twitter, and I thought “What if Kobo readers can easily create delightful quote posters from their favourite books?" 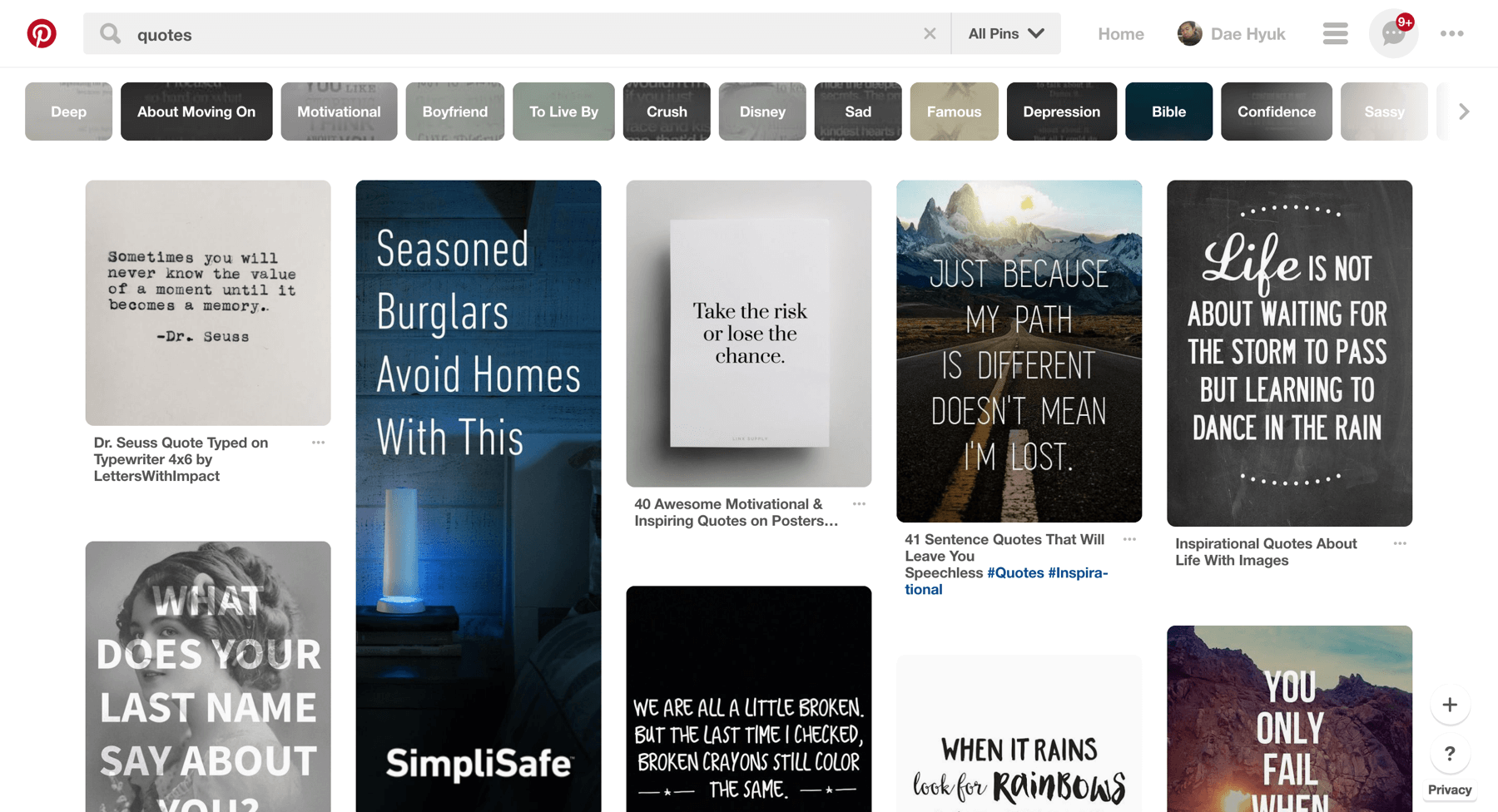 Starting with the end result

With a rough idea on what the end result should look like, I worked backwards to define the steps needed for user to get to that result. 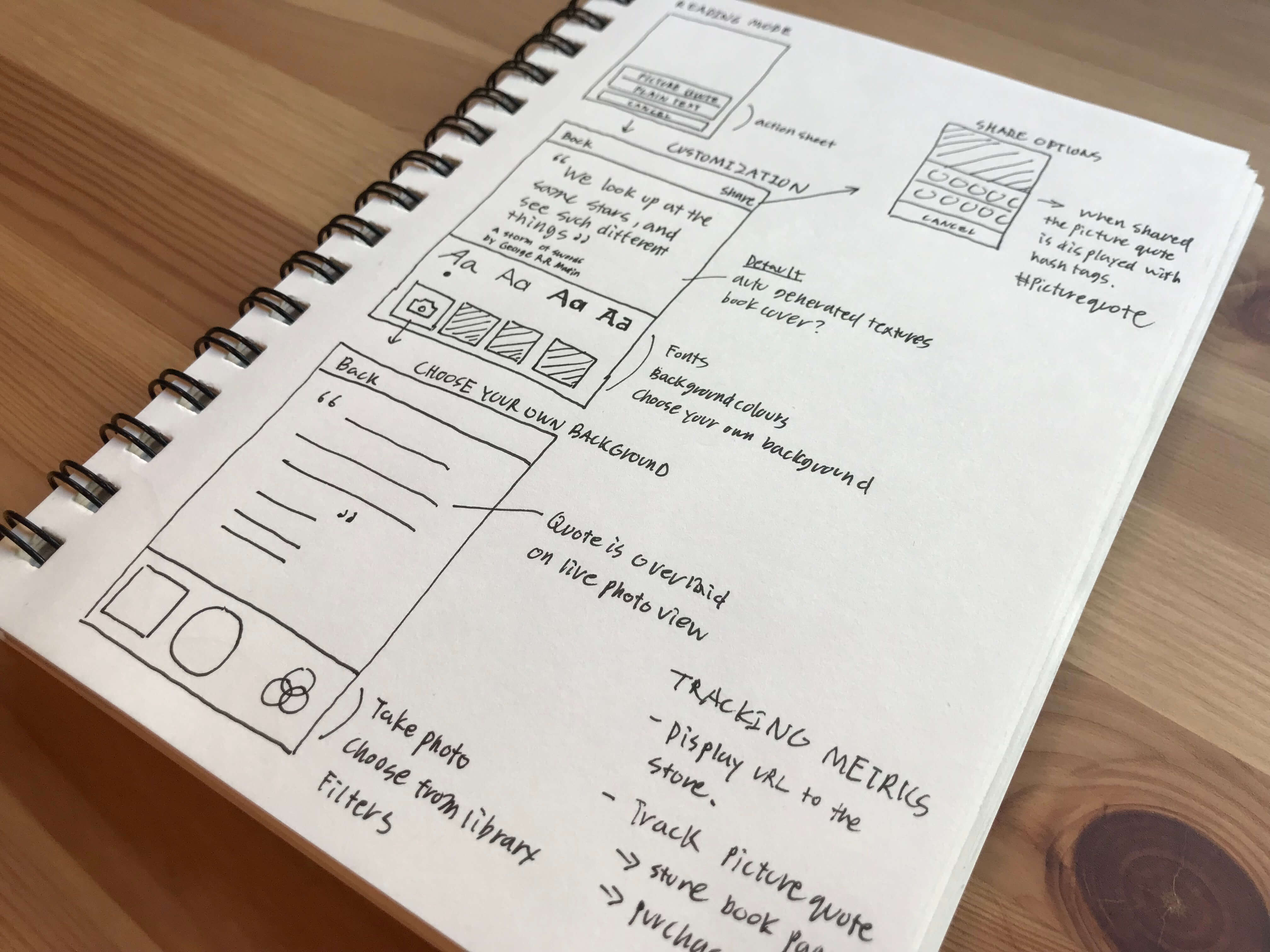 One of the reasons that makes quote posters interesting is diversity. Each of them have unique typography, colours, and background image that give them a distinct look. Providing readers a way to customize these elements would make picture quote more personal and diverse. 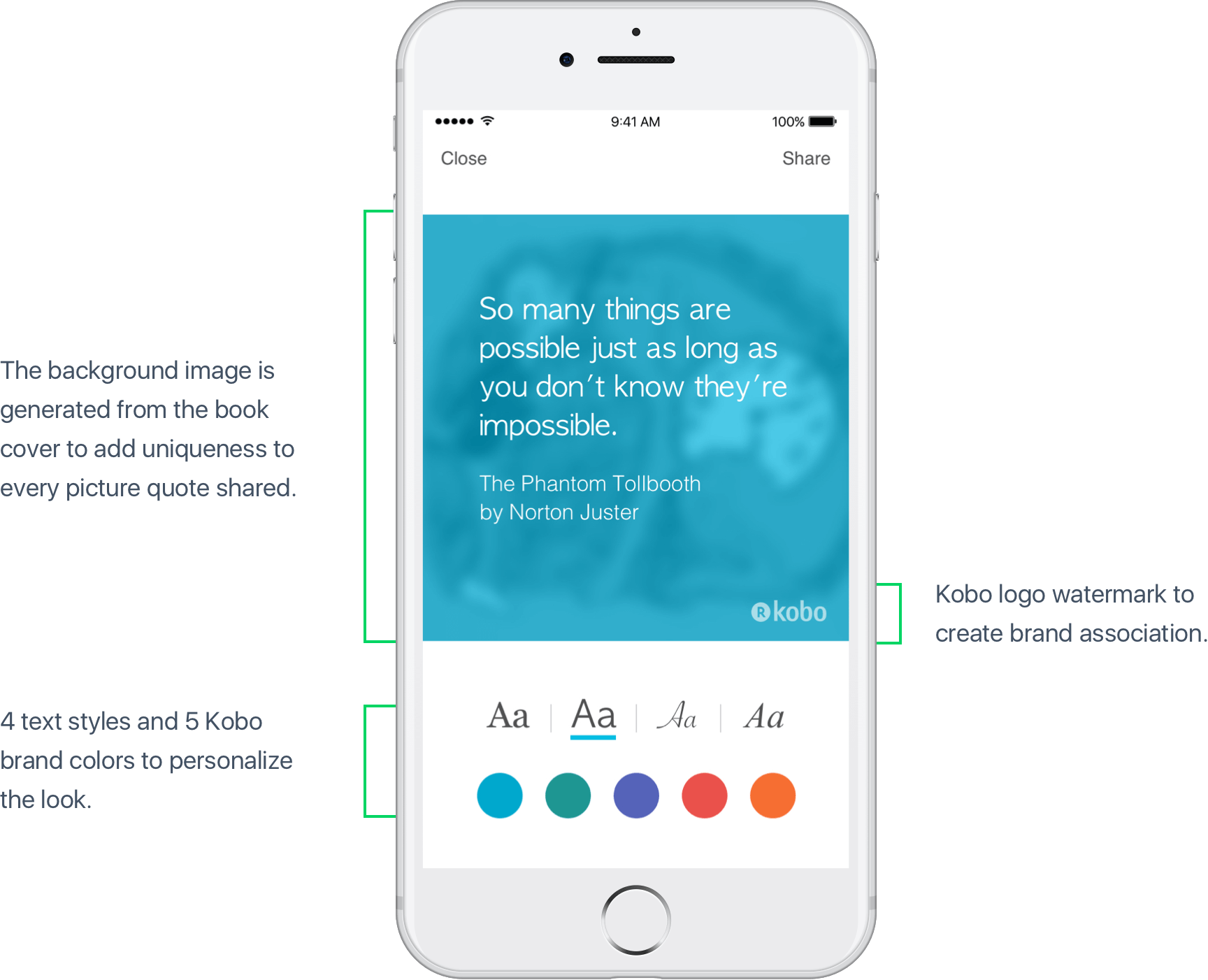 In the first month of its release on iOS, it surpassed the existing quote sharing feature usage, and the total number of unique users continued to grow as more people discovered the feature. Due to its success, Android version was released with additional customizations.